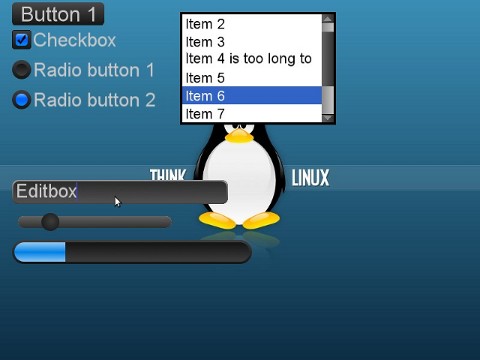 Of course the background color of the listbox didn’t fit with the Black style.
By the time v0.3.4 was released, this was solved and a scrollbar and combo box were added. 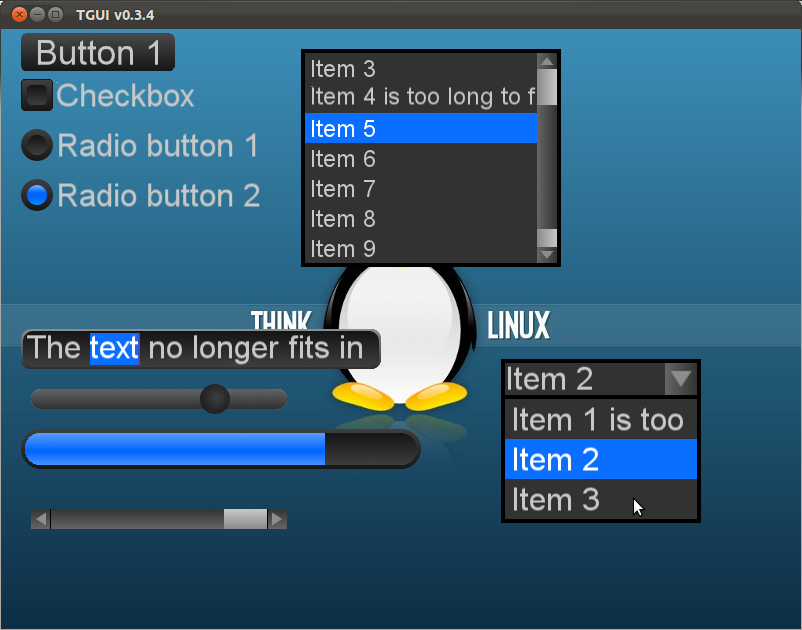 TGUI v0.4 also adds a Label and TextBox to this. Other new objects like the Panel and SpriteSheet objects are however not in the screenshots. Also the blue color was changed to look better. 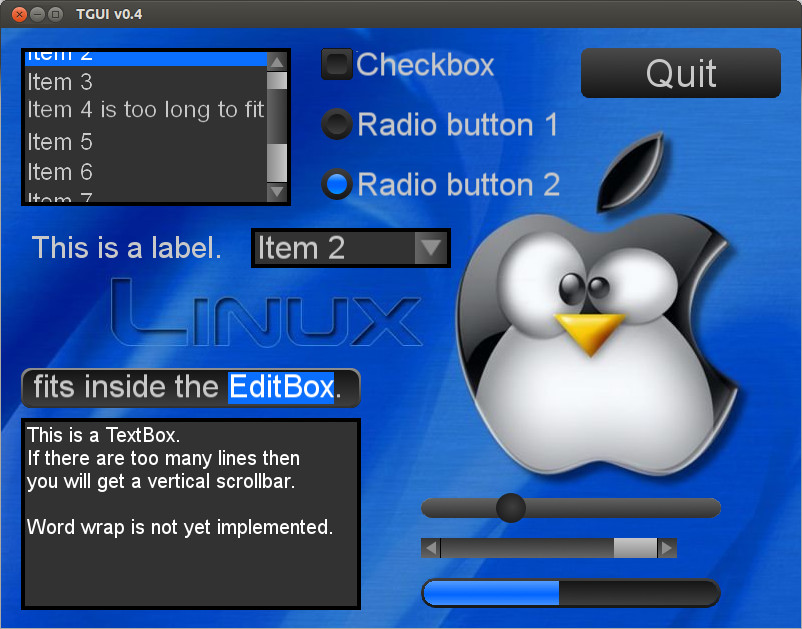 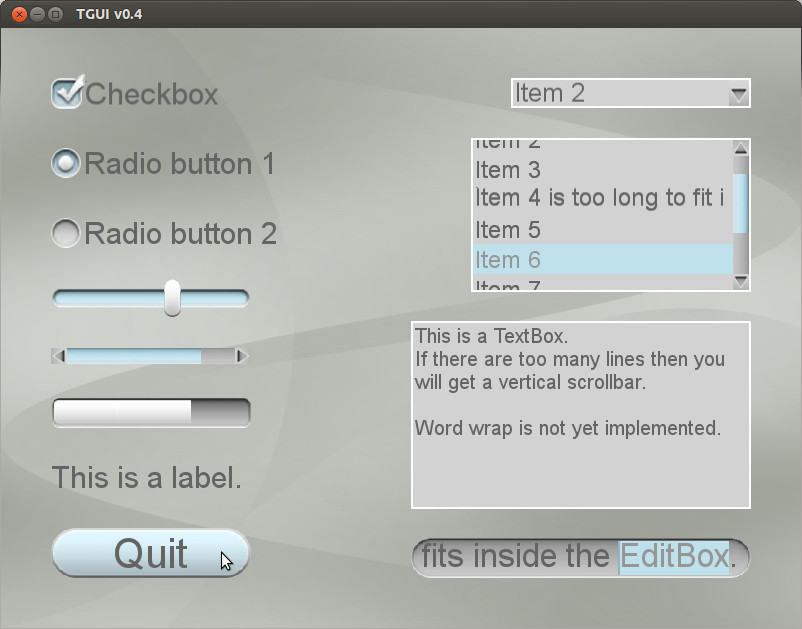 With TGUI v0.4 came the Form Builder, so you could easily arrange your objects.
I was recording while making this login screen, so you can find it on youtube. 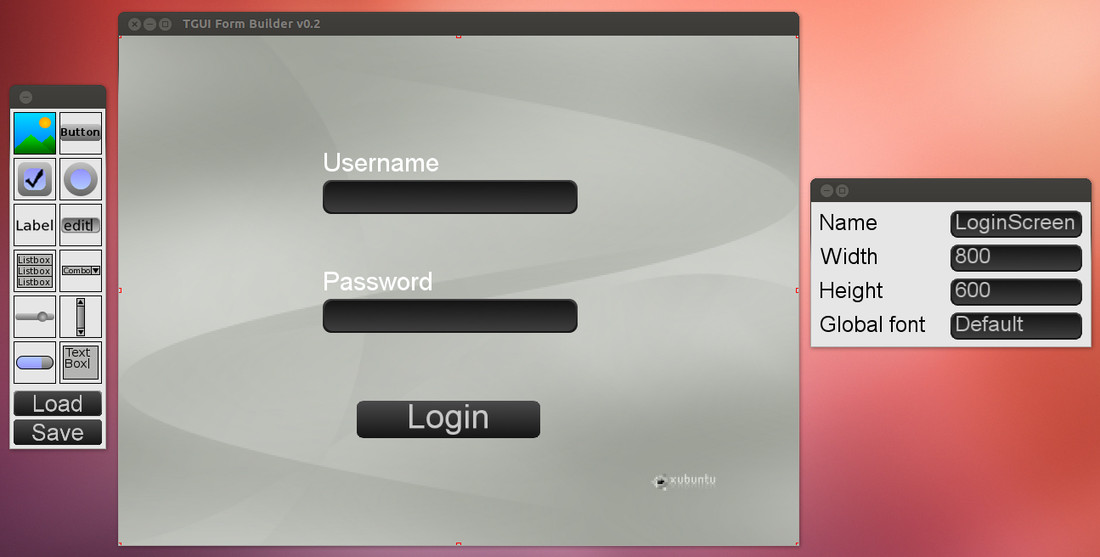 One of the many new items included in v0.5 are the child windows. For v0.6 I rewrote a lot of stuff so I needed to test all objects again. For this I wrote a program that used all objects. 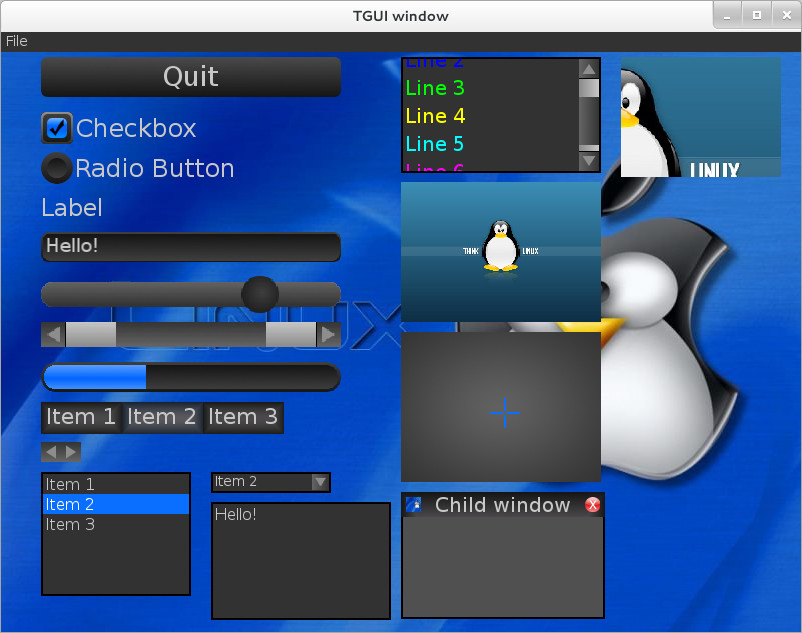 Objects can now be transparent! 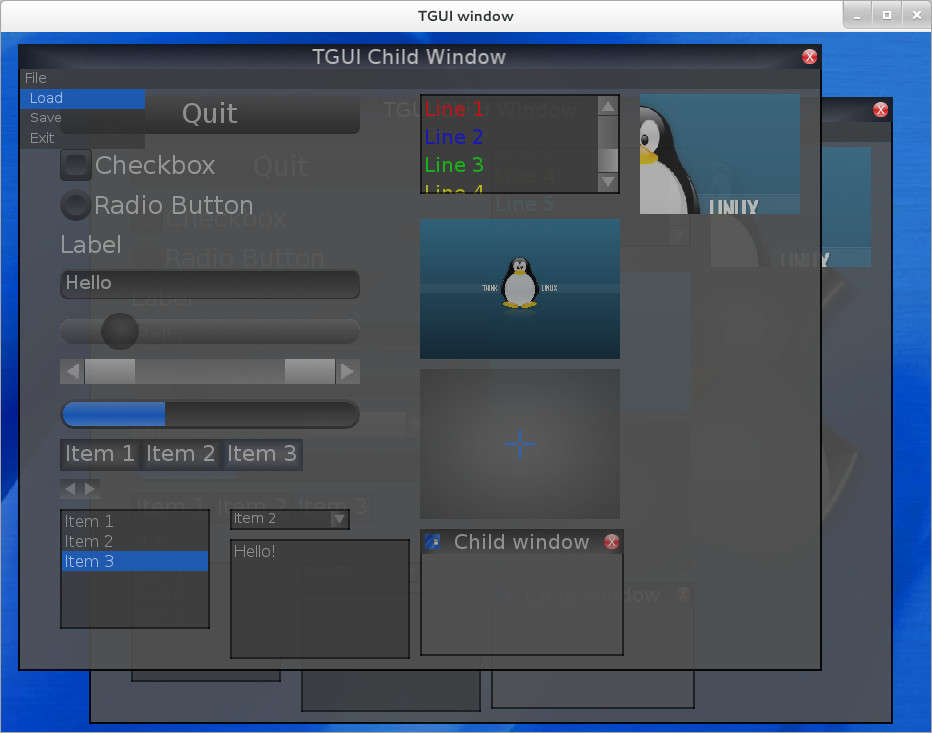